A version of this post originally appeared on the Cloud City blog.

Many developers are accustomed to working in a terminal window. Even on the Mac, with a high resolution display and accelerated graphics, much of the tools we use every day are operated through a terminal emulator. I personally worked this way before I used a Mac and I still do today. In fact, every Mac comes with a great tool for managing multiple terminal sessions: GNU Screen. Unfortunately, it can be hard to use, and it provides no visibility of your running sessions from the GUI.

Detached is a tool for your Mac that sits in your menu bar and lets you create terminal sessions that you can close and reopen later, without losing the associated process or your place in it (until you reboot). This is similar to how sessions work in most document-based applications: If you close the application with work in progress, you expect it to restore that state when you reopen it. Thanks to GNU Screen, this functionality is already built into your Mac: Detached just exposes it by making your terminal sessions accessible from your menu bar. 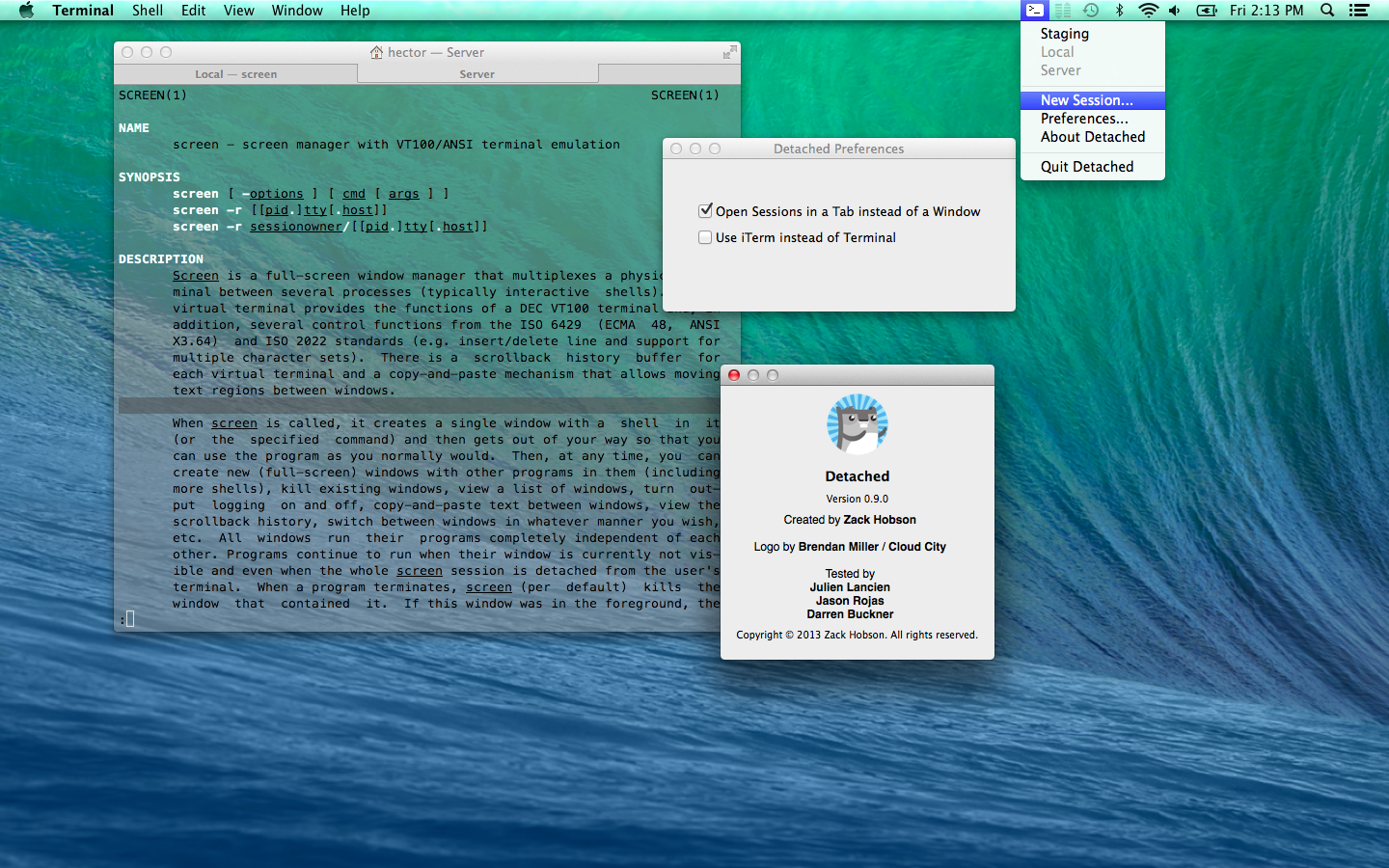 It only took a few days to create the initial version of Detached, and once I’d gotten it chugging along it didn’t need much work. It had been a fun experience, but I wasn’t ready to build MacRuby apps for a living or anything. However, I still had Detached, and I ended up using it nearly every day for the next three years! By that time, I’d gone independent, there had been umpteen releases of Xcode, and the original Detached project was getting pretty hard to wrangle. I decided to rewrite it in Objective-C.

Rewriting was easy! Cocoa and Xcode have come a long way in the last three years and I had no trouble getting up to speed on ARC memory management and the like. The resulting binary was less than one megabyte, and two orders of magnitude smaller than the original. That’s much easier to distribute!

The only thing I was missing was an icon for the application. I wasn’t really keen on trying to do this myself, so I brought it to Stephanie Geerlings and Brendan Miller of Cloud City Development, who worked with me through several drafts before we settled on this fellow: 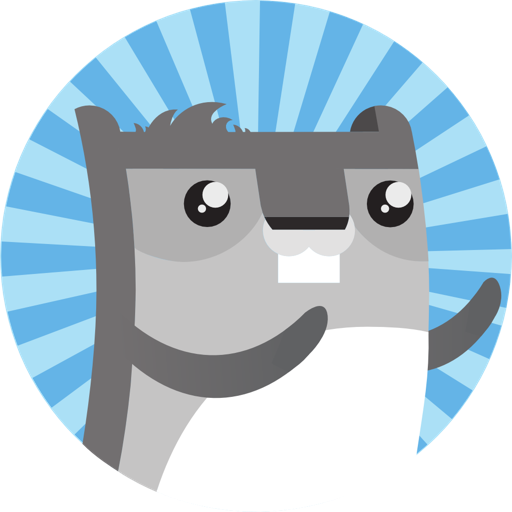 I love this logo because it’s simple, memorable and charming. Earlier revisions tried to maintain some metaphor or theme relating to the software itself, but in the end it was more important to me that the image be appealing and fun. I think Brendan did a fantastic job.

My original plan was to distribute on the App Store, but I’d need to sandbox the app, which would mean not using AppleScript to power Terminal and iTerm, which is the core functionality! Instead, I am distributing Detached myself. The source code for Detached is also available under the terms of the GPL.